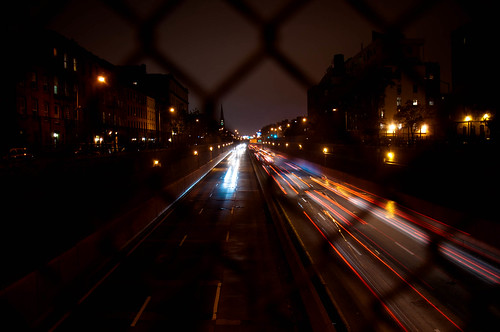 Most car horn use is an expression of a driver’s loneliness, masked as urgency.

Car horns should not only be all in the same key, but also the same mode. Doesn’t have to be major. I’ll take Mixolydian, even Aeolian. 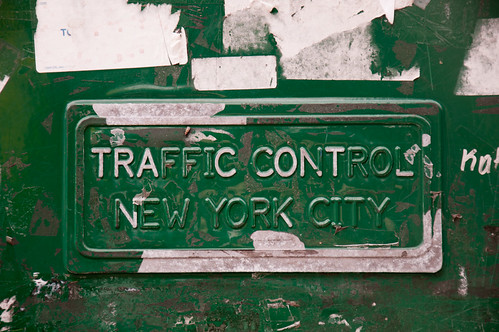 Frivolous horn use should be per honk – $0.25 for the first second of duration, $1.00 each additional second. Call the oversight/enforcement system HornHeeder – like ShotSpotter meets EZPass.

Using a car horn for anything beyond a true warning is the same as when a dog barks out of lonesomeness, or chews its paw out of idiocy. 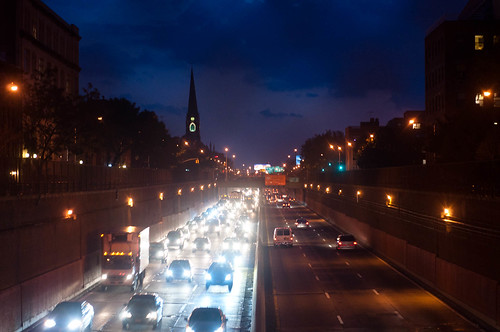 “My name! Free condo for me!” Luna exclaimed.
“Not how it works.”
“Fiddlesquats! Demand they license my name, then. I refuse to be their Playboy Bunny!”
“An infringement claim. That’s rich, Luna.”
“Shut up, you’re the not-rich fringement!”
“OK, ok. Just drop your deuce.”
April 26, 2019 at 01:43PM
via instagram

[img] “your self authentical”

“Hey!” Luna piped. “This’s the one where DeNiro beat up litterbugs, yes?”
“No, that’s Clean Streets,” I said. “In Green Streets, DeNiro’s Johnny loses bets over climate change, and gets buried under a pedestrian triangle.”
“Oh, right! ‘Where’s ya footprint now, Sal?!’ So good!”
January 08, 2019 at 04:31PM
via instagram

So this is awesome. Producer and musician Lee Rosevere asked if he could “bash and crash” over Drifting Moon / Spinning Earth, so I stripped the original drum and percussion tracks and sent him a pre-master studio file. From 3000 miles away, he came back with the glorious result above.

From his SoundCloud description:

Westy Reflector recently posted this song of his:

I really liked it, but wondered what it would sound like with [different] drums. Graciously he sent me the bed tracks and this is the result.

manhattan bridge train [disquiet0011] [off still echoes (2013) and a disquiet junto project] runs underneath a look at the Pera Museum’s (Istanbul, Turkey) “Language Of The Wall” exhibition of photographs by Henry Chalfant of New York City subway car graffiti and street-art.

A perfect ride for my track.

[a few words on] @wrenarthur: benchmark


A close friend for years, Wren Arthur (no question one of my fav people ever), runs Olive Productions, the production company owned by Steve Buscemi and Stanley Tucci. Prior to this gig, she honed her production skills as a Producer for Robert Altman (yeah, that Altman) and remains a sought-after actress in the highwire world of independent NYC film and theater. And way before either of us were anything or even knew each other, Wren ran the day-to-day at Tortilla Flats on Washington Street, where she may or may not have kicked me out of the restaurant’s Elvis Room for not being “Borgnine enough.”

Her most current project, Park Bench, a “talking show” hosted by Buscemi, is absolute deep, true New York City in the best way, an entertaining street-side diversion on the surface with an undertow of sneaky subversion. Try balancing that on the end of a fork.

Episode #4: Benchmark with Rosanne Cash and Michael Shannon defines the semi-non-fictional genre Arthur and Buscemi set out to create. The episode’s disarming blithe extra-real universe will infiltrate your subconscious and a few days from viewing, you will flash back to one or two moments and smile, like you know a secret you’ll never spill. And then you’ll want to watch it again.

There is an arc, so watch the series from the beginning. Your only penalty will be having to watch the episode above twice.

Oh, and today the series was nominated for an Emmy in Outstanding Short-Format Non-Fiction. Nice to know that I’m not crazy for thinking it’s special. Or that I’m just as insane and out of touch as Academy members. Either way, good on you, Wren!

Posted in a few words on, favs

red street, the light of a taxi’s brakes
it means everything and nothing just the same

minute 1: the drum is primary, backed by stabs and swoops of the synth and cut up portions of the subway announcement.
minute 2: the subway field recording runs full and uninterrupted, with the beat and synth stabs and swoops slightly tweaked, but retaining the same basic phrasing.
minute 3: the synth comes forward with a 2nd part, laid over the cut up subway announcement and drum beat.

the drum beat is a long phrase (fourteen 8-beat measures?) that repeats three times w/ a couple variations. i considered the entire phrase as one sound, even though it’s made of a kick, snare, high hat and cymbal. this was my first time using garageband to construct a beat and the result sounded something like my old boss dr-5. made me smile for that alone. the synth sound was programmed in iphone’s animoog app, and then played live using the app’s D#-minor pentatonic keyboard over the other 2 tracks. first minute is one take, second and third minutes contain a second take and the third minute a third take as the add’l part.

though everything was generated/recorded by an iphone, all sounds were dumped into sony acid (my daw that i just can’t shake), and all cutting up, loop creation, compression application and rendering happened there. i didn’t set out to use a subway recording for this week’s challenge, but my trips into and out of manhattan this weekend were maddening. this track became my way of processing the absurdity of a monolithic transportation schema that often leaves me feeling like a character in the film “brazil.”

The assignment was as follows:

Construct three simple, self-contained sounds (or sonic elements) that are distinct from each other. Then make a three-minute track out of these sounds, based on the following rules:
For each of the three minutes, one of the three sounds should be prominent, and the other two should be less prominent. By the end of the complete three minutes of your track, each of the three sounds, thus, will have been prominent for one full minute and will have served a background purpose for two full minutes.

We were allowed to transform the individual sounds, but they needed to still be somewhat recognizable even in their transformed state.

More details on the Disquiet Junto at:
soundcloud.com/groups/disquiet-junto/info

My contribution to the 17th week of the disquiet.com junto. The challenge was to take 30 seconds of a field recording, and slowly and seamlessly transition it into 1 of 2 given pre-existing tracks. Sounds could be added and the source tracks manipulated in any way. The first five seconds of the field recording and the last 5 seconds of the pre-existing track, however, were to be left untouched, aside from fading in and out.

I found a very pretty major chord arpeggio in the Lee Rosevere track, “The Day Love Came In The Mail” (link below) and mainly floated it up to its 5th and 7th and back down to the root a few times. The one grand manipulation (grand, for lo-fi me) was to separate the track’s left and right channels and treat each as its own entity until the final 10 seconds or so, when I sync’ed them back together as per the challenge. This allowed me to isolate the arpeggio in the left channel and pan it against the more floaty ambience contained in the right channel. Finally, I added a couple of spare beats hanging out on my media drive and some reverb & resonance to the ambient channel and to the fade-out of the waterfall during the middle section. Despite all the reworking and additions, I didn’t want to adulterate either source track too much as they both brought me such peace. So I hope most of the process here isn’t all that noticeable and you just float away on it for a couple minutes.

The field recording of the waterfall is from the audio track of a video I shot while walking my dog, Sterling (pictured), in Prospect Park, Brooklyn, on Saturday 28 April 2012. I retrofitted the video to the finished audio piece, which you can check out here. Sterling’s not in the video, unfortunately, but it was a pretty day.

This audio track includes a segment of “The Day Love Came In The Mail” by Lee Rosevere off the album Play 3 on the WM Recordings netlabel, thanks to Creative Commons license. More information at:
archive.org/details/WM074_900
www.wmrecordings.com/free-downloads…severe-play-3/

More details on the Disquiet Junto at:
soundcloud.com/groups/disquiet-junto/info