Nature and recreation, enough to experience for a weekend away.
Despite the cold weather, still flying an hour with the Freilein.

The Internet is at its best when shared passions become community. When the net first started to gain cultural traction, smack was talked, of course, but digital space wasn’t a tool of division, so much as a journey of discovery and connections. It was a weird (in the best way) and wonderful window into what other people were thinking and doing, made even better when the most obscure and arcane pursuit saw a light of day in ways no other communication system in human history allowed. Net 1.0 was a network of tangible dreams built by concrete dreamers. The physicality of the network itself was way more evident, too: the iconic modem handshake sound; the wires into your computer; the relentless arrival AOL discs in your mailbox…

It was work to get online, but a few dreamers did the heavy lifting and posted sites, or created and managed email listservs. All of a sudden, within a few years, anyone who did anything could find a critical mass. For example, a kite enthusiast’s passion no longer had to exist in a vacuum or in a mythology, or stay beholden to local flying groups, random beach encounters, or obscure magazines.

This week, a Creative Commons use of my song Riding Waves [disquiet0066], off my 2013 album Transient Lines, took me into the world of kite flying. Holland-based YouTube channel Powerkiting took to a nature preserve in France, and soared a Freilein Vertigo Framed Quadline Yellow kite soundtracked with Riding Waves.

Freilein kites are among the more high-end, complicated, sophisticated flyers, sewn by master sailmakers, and retail for around $180. The dedicated kite flyer is no mere hobbyist, but a true outdoor sportsperson, in tune with wind, sun, climate, and terrain. The pursuit has its own language. A quick dive into the world brought surface knowledge of “handles,” and “lines,” and “knot settings;” What it means if a kite becomes “brake heavy.” Some flyers feel sensations with their eyes closed through their handles and know exactly what the kite is doing in the air. 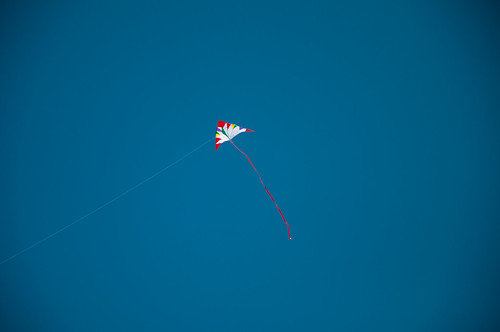 That the narration and intro of the video are in Dutch, and that I don’t understand a single word, is all the better. Sometimes listening to and/or watching someone demonstrate their passion in a foreign language brings you to the pure essence of their pursuit. The tone; the smiles, the laughter, the furrowing of brows at something serious, the dreaming faraway gazes, the connection to the greater. It’s all there, in a borderless communication.

One of the more famous kite flyers in history, Benjamin Franklin, had this to say about his Kite Experiment, wherein he proved the connection between lightning and electricity (in 18th Century English, which sometimes presents an air of impenetrability):

As soon as any of the Thunder Clouds come over the Kite, the pointed Wire will draw the Electric Fire from them, and the Kite, with all the Twine, will be electrified, and the loose Filaments of the Twine will stand out every Way, and be attracted by an approaching Finger. And when the Rain has wet the Kite and Twine, so that it can conduct the Electric Fire freely, you will find it stream out plentifully from the Key on the Approach of your Knuckle.

This sounds like what happens when I play the guitar. Perhaps a kite is a single string instrument…

In any event, I treasure this video for all it reminds me. On one level, it serves as a reminder of why I release all my music as Creative Commons. It also layers on a reminder of all the good stuff the internet can still bring. The net doesn’t have to be ping-pong political noise. It can still be a place where you just share your love of the wind. Wind lovers united. 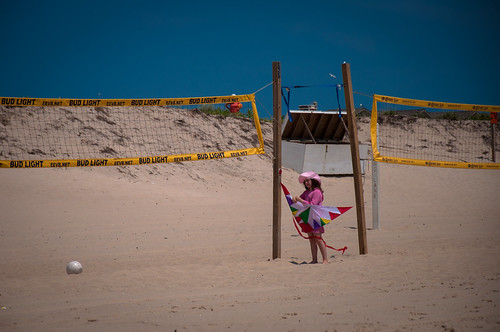 As a sidenote, Riding Waves was a “posthumous collaboration” with talented Indiana-based musician Jeffrey Melton, who recorded as nofi and passed away in 2013 at the age of 42. He was an early and prolific contributor to the Disquiet Junto, and one of my first friends on Soundcloud. For this track, Junto members all took a piece from a long live Nofi set, and played along live with it. Every time this track’s CC license use pops up in my alerts, it brings back memories of too-cursory electronic interactions I had with nofi, and the bittersweet elegiac joy I had recording the song.