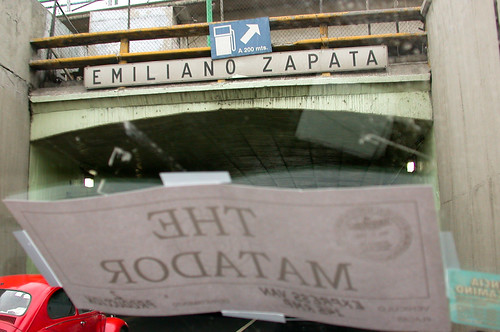 I write in recognition of the lack of posts in my fledgling 3-month engagement of this transmission adventure. My storage plan, however, on this cruddy valuesharedfavela host allows for little uploaded content other than words. I am currently looking for a place to put up all my music b/c it seems this was not the answer, unless I subject the world to sub-AM-quality streams devoid of transcendent real static or glitchy interference. Shite audio w/ no analog warmth isn’t worth the time. I put 5 full quality wav files up and 1/2 my quota is “poof!” A new economy, indeed.

The net, though, of course, is seductive. You lose days as you loose your conscious grip on a physical world full of traffic jams, bullet tracers, silly adults and tons of fat ass meanies with no purpose other than to say, "No."

Then, there’s the issue of "thinking you actually have something interesting to say." Provided you do, how much would you ever want to give away about yourself and your worldview, anyway? You wind up contributing to and participating in the blahblahblahlookatmeimsocool that turned you off of the world in the first place. And what’s even worth writing about? And who are you writing for? You have to design at least part of any site as much for the person who finds it randomly as for the people most intimate to its writer/s. There’s nothing personal about the web – but mark it: personal is where it wants to go. The net, the ultimate intermediary, now also exclaims itself a source. There is no middle-man anymore, just like they said there’d be.


Something somewhere every day catches you on tape, and, whether you like it or not, you are someone else’s celebrity. Morrissey said, "I’d rather be famous than righteous or holy, any day," and you can certainly feel famous to cure your blues now (just go to a karaoke bar on a random Tuesday in February).


No one will ever be as famous as God, but according to the Vatican these days, that individuals now sense something God-like within themselves might be a harbinger of the end of the world. "Hi ho," said Kurt.


Eventually I may bite a bullet and buy more storage, but no way do I have the desire to up my ante every 3 months, lest I charge admission. Shutter (though not shudder) the thought. The sock drawer is too important and too meaningless to price. Buddhist monks never charge admission to their self-immolations, so why should I? Believe you me, you light yourself on fire every time you perform a song, pipe up in a meeting, call for a hit-and-run or try to say something "informative" or "entertaining" on a website.

Don’t get me wrong. It takes courage to light yourself on fire, but courage is the lowest virtue, at least according to Plato (by way of Aristotle). And the monk preparing to self-immolate, if he would speak, would tell you he’s not demonstrating courage, but rather conviction, as the gasoline soaks into his robe. Antoine de Saint-Exupery, author of The Little Prince and a Captain in the French Air Corps Reserve in WWII, riffed on courage in a war-time letter: "A touch of anger, a spice of vanity, a lot of obstinacy, and a tawdry ‘sporting’ thrill. It is a concoction of feelings that are not so very admirable…I shall never again admire a merely brave man."


I’d like to think we are gaining control of both our courage and our convictions, and that we haven’t confused the two, despite what all the religions and the journalists and the advertising and the super-sizing would indicate. And as long as you, faithful reader, never mistake courage for conviction, you’ll always be on the same page as the ‘drawer.